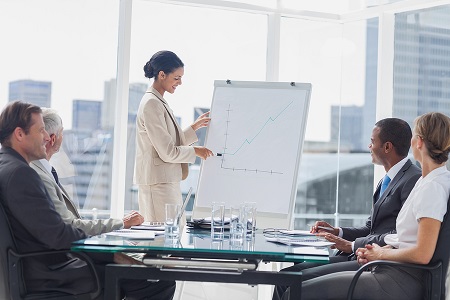 Participatory partnership: How to make your partners the womb that incubate your ideas

If you have ever tried to push an idea through a seat of intelligent colleagues, either in your own business or a business you worked for, you should by now understand how daunting it could be to get general buy-in. In fact, for some organisations, the meeting place is often called ‘War Room’. That tag could make one stagger approaching a presentation or discussing a new idea or concept you would like management to adopt.

It could be otherwise – meaning, it could be less intimidating – if you would step outside yourself and lure the ‘intelligentsia’ into owning the idea, dissecting it, discussing it, adding to it, subtracting from and generally adopting and approving it. That is fair enough.

The thing is no intelligent person wants to be served an already dissected and fully prepared idea. However good that idea is some will raise hell against it.

This is it. The business place could be so competitive that hardly anyone wants to be seen as passive. In such way, when we seem not to be competing – you know about those ‘let-share-your-meal’, break-time niceness – subconsciously, we all are aiming to be the next manager or CEO at the expense of anyone.

Therefore the best approach to generating support for your idea is to see the people you are discussing with as partners in baking kneaded flour. Or simply put, adopting the ‘incubatory strategy’.

Borrow from this wisdom. Have you ever asked, “Why does pop and mom always care so much about me though I could take care of myself now?”

They will always care. Think about it this way. Pop (dad) is that rich sperm field; mom is the sagging incubatory factory. Even if pop and mom are never in good time, you, their joint effort would never be neglected. They owe creation; they owe the blood, genes and several hormones still flowing in their bodies to protect you, the product of their joint venture.

When ideas are planted in our heads the same way sperms are passed into the womb, incubation and conception can be so seamless. It therefore means approaching a strategy session with your supposed ideas or concept as a potential sperm needing ‘a womb’ for incubation.

When that happens, you give the several ‘proud’ heads sitting at the session the pride of ‘birthing a life’ that they can call also their own, not just your own.

How do you make this happen?