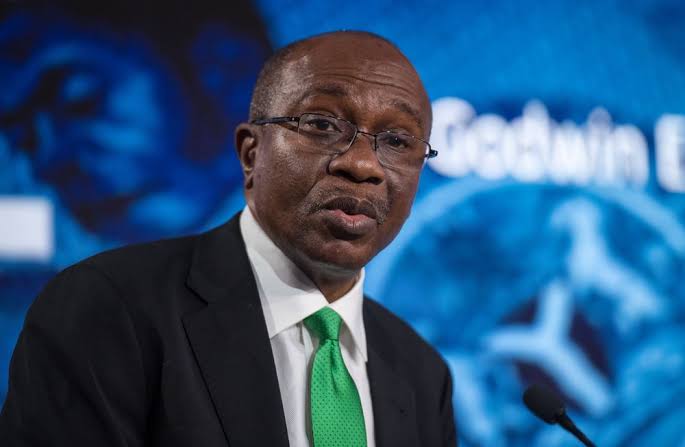 The Central Bank of Nigeria (CBN) has cited growth in 3rd quarter GDP analyses, decline in non-performing loans, increased liquidity of the banking sector, and gross credit, as the reasons for retaining the Monetary Policy Rate (MPR) at 13.5%. The apex bank announced its latest stance on the key rate this week.

For the government financial institution, the positive macro-economic indicators nullify fear of any headwind in the nearest future; hence the need to maintain the momentum and not tweak the policy.

According to statistical analyses, in the 3rd quarter, the nation’s GDP expanded by 2.28%. Also as at the end of October, non-performing loans (loans facility overdue for repayment to banks) had reduced to 6.56%, while the commercial banks have shown signs of relieve as their capital adequacy and gross credit amount to N1, 167.70 billion.

The Governor of the apex bank, Godwin Emefiele, has therefore allayed fear of any inflation going forward pointing out that the current inflation is due to temporary closure of the nation’s boarders, a measure aimed at boosting internal production of some commodities. He added that N171.61 billion has been made available as fund to help local growers of 10 essential commodities comprising tomato, cassava, rice, cocoa, cotton, livestock, poultry, livestock and diary, fish, maize and palm oil.

Meanwhile, the growth in the GDP around the 3rd Qtr has been attributed to the rise in oil output, as the country overshot its OPEC quota within the time frame.

Retaining the monetary policy rate at its current level sounds like a ‘wait-and-see’ approach as financial institutions and government financing chains push more credit to boost the non-oil sectors of the economy.

However, positive signs are emerging from that efforts considering the once dying manufacturing sector is now prepped to thrive having received the highest loan benefits of around N459.69 billion with a significant 1.1% growth in the last quarter. Other sectors that have shown tremendous growth are info and communication, transport and construction. All these growth are due to improved financing channeled to stimulate the diversification of the economy in accordance with the Economic Recovery Growth Plan (ERGP). and further anticipation of the implementation of the African Continental Free Trade Area (AfCfTA).

The Monetary Policy Rate is an instrument deployed by the Central Bank of Nigeria to regulate the affairs of the economy by tweaking the interest rate at which the apex bank lend to commercial banks and other clients. When the rate is higher, it will affect the capacity of commercial banks to lend to businesses.