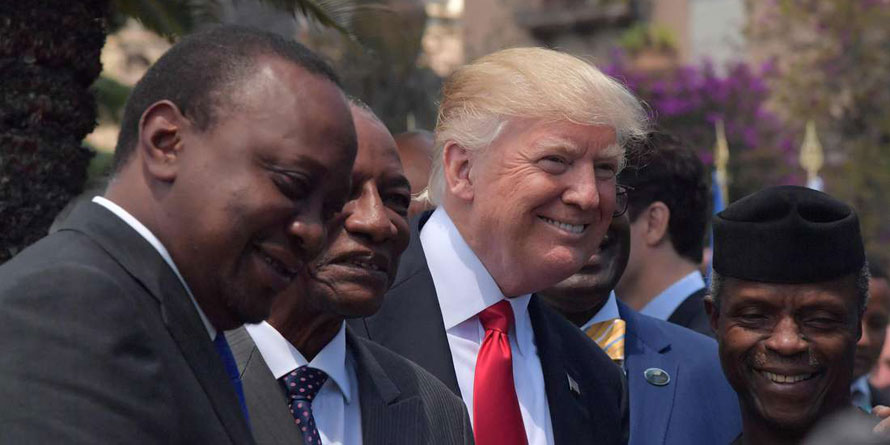 The Financial Derivatives Company (FDC), recently revealed that the US President, Donald Trump, prefers bilateral deals with each African country to the 20-year old African Growth and Opportunity Act (AGOA). The think tank led by Bismarck Rewane, therefore projected, as part of its Lagos Business School’s executive breakfast outlook, that 2020 may mark the end of the trade act that gives exports from poor sub-Saharan nations easy access to the largest economy in the world.

AGOA was signed in 2000 by President Bill Clinton to stimulate the African economy. The act helps 40 African countries access the US market and sell some 6500 products without tariffs. That, of course, make exports from the continent more competitive compared to those shipped from advanced, industrialized economies.

However, every United States sitting President has the power to determine which countries are eligible for the opportunity on an annual basis. This is based on observed improvements among the countries, in the areas of internal policy frameworks, aimed at enhancing labour rights and market-based economy.

Hence, the current president, seeking to broker deals that favour America, as part of his ‘America first’ foreign policy, is considering putting an end to the economic stimulus in favour of some one-to-one agreement with individual nations.

One of the consequences of this premature termination is that many African exports reaching the US will not be able to compete with products produced cheaply, using advanced tech, from Europe and Asia Pacific.

Although Nigeria has not fully taken advantage of the trade act due to her over reliance on oil, the new Federal Government drive to boost agriculture and related exports will be negatively impacted by the impending policy change.