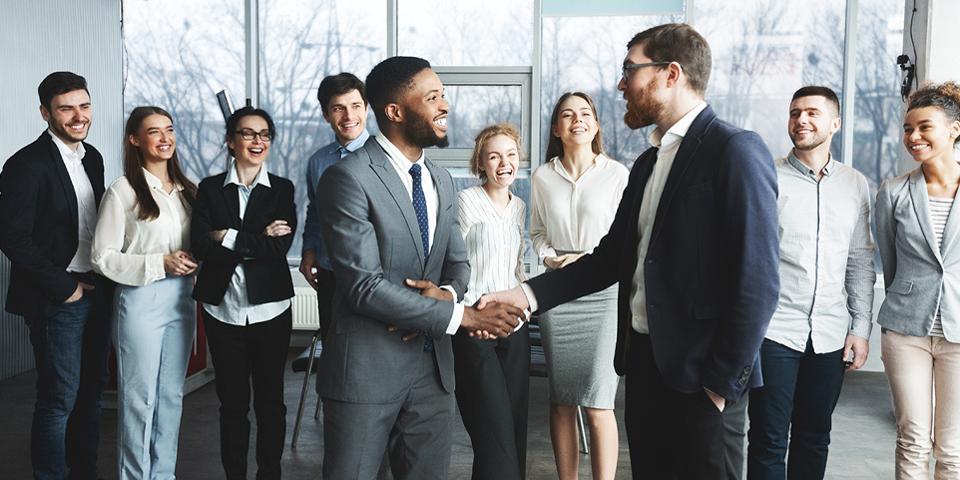 When the belief system within an organization is coherent and the energy of members is pulled and focused on an agreed objective, the result almost certainly tends to be positive. This is because every organization is an organism – check the word itself. It is living and responds or adjusts to human behaviours.

The preceding insight can hardly be ignored. It is not just about logical or existential philosophy, it is strategic. It was true when Mahatma Ghandi stirred India towards independence from Britain; it was true when Steve Jobs, in his second stint, stirred Apple towards growth. The truth will be apparent when you too begin to adopt it in leading your businesses and organisations.

Apparently, it takes as fewer as one divisive or odd team member to weaken any organized initiative, just as it requires one mere unmotivated employee to form a crack in a corporate tank through which the whole energy leaks and evaporates. The thing is, you either wield the axe early enough when any incongruity is noticed, or you continue to manage crises which will snowball into inefficiency and impact market performance.

Chan Kim and Renee Mauborgne of INSEAD explained that every organization is made up of people (team members), act and activities. These three (3) factors are critical to achieving any goal.

What this means is that to stir growth in any organization, there must be a group of people who possess certain qualities and are expected to be carrying out a structured set of instructions to achieve certain objectives. However, at every point in time, one or two members of a team do have motivational problems. As a result, they provide motivational hurdle that throws a cog in the wheel of progress.

Acts are characters or human qualities. When the characters within a team do not complement in fixed roles, it is possible to have a lop-sided build-up to projects.

More,Concerning all activities that form the processes of achieving set goals, it is possible for your organization’s approach to projects to lack cogent force where some team members lack the will and energy.

From this scenario, the organization’s arrangement can be said to be chaotic. As it is, in no time the bottom will fall off – infighting, competition, envy will ensue; complaints increase, exit set in, deadline drags, sabotage creeps in, clients and customers fuss! etc.

At Apple, Steve Jobs needed to make all stakeholders, including shop floor employees, understand that the business needed to pull its effort towards not just making devices but making gadgets that combine both functional and expressive features. For him, that was the way to stir clear of Microsoft. They got it.

Apple, having slipped behind competitors since Steve was booted out, was largely at a crossroads. Right there and then, Jobs new insight generated a renewed ‘belief’. He gained traction; will and energy merged and massed, and the platform was set. Apple rolled out iPod, iPad, iPhone and the revered Apple laptops. If the belief had not been as coherent as it needed to be, it would have shown, as product designs and branding would have bore incoherent naming and styling. Like Apple, Samsung took the same route with the Galaxy design and architecture, under the leadership of Oh-Hyun Kwon. Presently, these two companies are a class above their competitors.

Most often, it is misalignment in the value chain that causes stale product ideation, aloof procurement, dysfunctional supply and faulty inventorying systems which increase production cost. This cost will eventually be passed on to the consumers. It is like making consumers pay for a business’ inefficiency.

In modern organizations, there is no place for silos and walls but bridges. If HR does not work closely with Head of Client Service, employing misfits is inevitable. If Procurement Unit does not work with the Inventory Unit, the cost of storage and distribution can skyrocket, thereby undermining sales and revenue.

Like mortar and bricks, the whole value chain of an organization must align for maximum productivity. In simple terms, if the team members, their acts and activities are the bricks that build an organization, a coherent belief system and focused energy are the mortar that strengthens and knits the bricks. Perhaps, that is why organisations are advised to develop and communicate effectively a strong corporate culture.

In governance, countries which fought successfully for independence or charted a new course for human capital, economic and technological advancement, almost all did because they had leaders who transferred a coherent belief for change into the minds of the population or followers. That belief is often to help the citizens see the need for a change. It happened in Nigeria. Nigeria held a common belief in fighting for independence but she was never united for self-governance. That partially explained why seven years into independence, the country deteriorated into civil war.

In strategic warfare, one of the first things the attacker looked for is a loophole to etch a divisive person. The adversary asks: is there someone who can be bought over such that he or she consistently counters and opposes popular initiatives and ideas?

The second strategy is to create a leakage to siphon the energy of the system. That is why bugs, whether in form of person or some technology, to tap trade secrets and tactics from the opposition are installed in competing businesses and countries discreetly. It is the reason why Edward Snowden is broadly protected by Russia. It is the reason North Korea and China, even Russia, are notoriously hacking other developed countries.

Enough for now though. How do you ensure the belief system in your business is coherent across board, and you get the energy of your staff members ‘maxed’ into effective focus to maintain a top class organization consistently exceeding market/ client expectations?

The secrets can be found in classic approach to selling. CEOs, MDs or Project Managers, are actually expected to be people who understand how to sell the intangible (ideas and belief).  In other words, they must be people who make people understand, feel and gain inspiration to take desired actions. Hence, they need to acquire skills necessary for building and driving organized effort.

Precisely, in classic sales strategy, before you can make a sale, your customers (meaning here, your team members) must be made aware of what is missing in their lives (i.e. their needs) and must be subsequently inspired to take focused actions. This is how this approach can work: