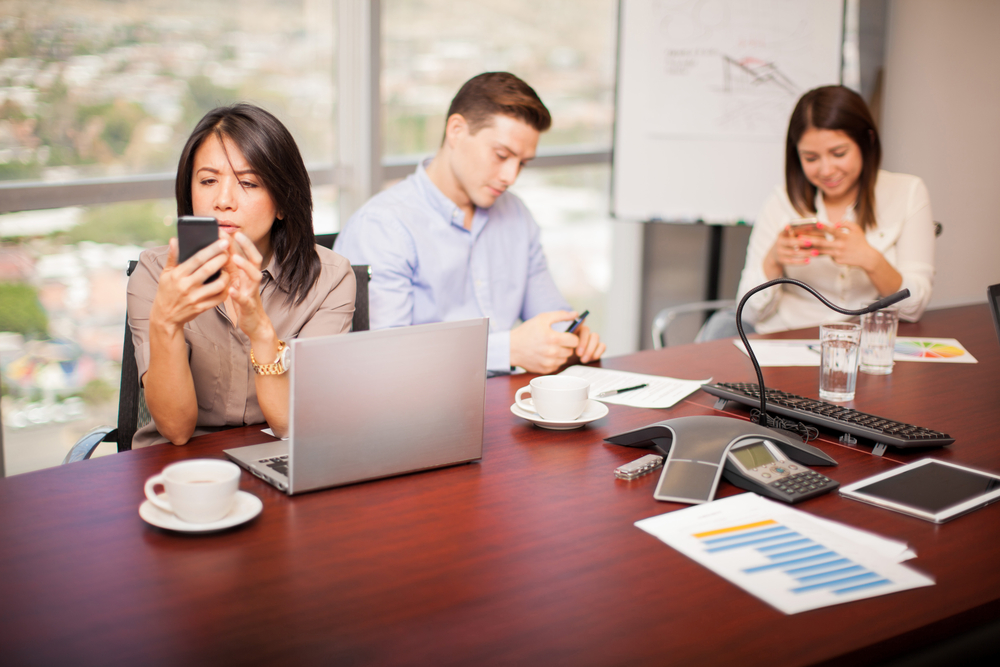 Business meetings: Having your smartphone in sight reduces your cognitive capacity – Research

A research reported by business resource portal, Inc., shows that bringing your smartphone into a business meeting may significantly reduce your capacity to comprehend, or contribute meaningfully to, what is happening at the meeting. Whereas key decisions are made at these meetings, participating absentmindedly will affect the quality of decisions emerging from such sessions.

Series of experiments were conducted to measure the cognitive capacity of the brain to hold and process data during meetings. Every participant had their phone on silent mode. According to the research, one group lay their phone face-down on the desk; another had put theirs in the bag or pocket; meanwhile the last group totally left their phone outside the meeting room.

When the results were pulled, the group that left their smartphone outside the meeting room outperformed everyone else.

The researchers explained, “We see a linear trend that suggests that as the smartphone becomes more noticeable, participants available cognitive capacity decreases”.

“Your conscious mind isn’t thinking about your smartphone, but that process – the process of requiring yourself to not think about something – uses up some of your limited cognitive resources. It’s a brain drain”, they added.

Smartphone are no doubt great work tools. But they reduce mental performance when it is time to have face-to-face human interactions such as business meetings or brainstorm sessions. Of course, this is not unattached to the mind-connection between the smartphone owners and the gadget.

No one’s brain is wired to multi-task flawlessly, expecting notifications or call from a smartphone held close during meeting sessions is a big distraction. Listening and focus are key to digesting data during business meetings. When that capacity is reduced by the presence of smartphone, it leads to poor contribution.