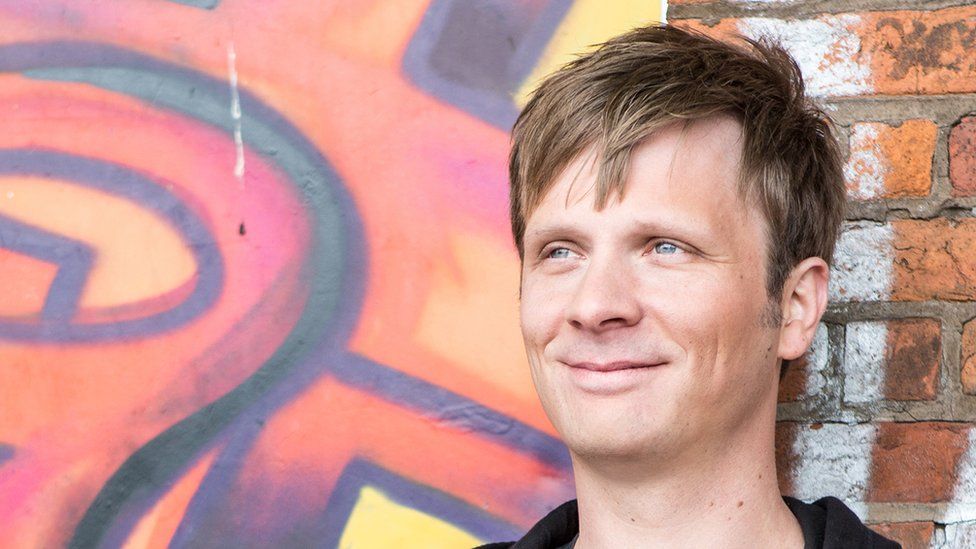 The two students who took on Coke and Pepsi

Students Mirco Wiegert and Lorenz Hampl had decided to set up their own cola company, but there was a catch – they had no idea how to make the fizzy drink.

With the confidence of youth not letting that inconvenient fact put them off, they decided to do some research.

Unfortunately, the internet was not particularly helpful in answering that question, so the two childhood friends from Hamburg, in northern Germany, had to think of a plan B.

They started phoning breweries across the country to see if one might be able to help them develop a cola recipe, and then bottle the drink for them.

But with all the brewers busy making Germany’s celebrated pilsners and other beers, Mirco says they hit “hundreds” of dead ends. Many that they called were somewhat perplexed as to why two young men were asking if they could make a soft drink. However, eventually one said yes.

“In the end we found a small brewery in western Germany,” says Mirco. “The brew master told us, ‘Come on guys, visit me, and we will get something done.'”

Later that year Mirco and Lorenz had their first 170 crates of Fritz-Kola to sell, some 4,080 bottles. They decided to target independent bars to begin with, rather than approach supermarkets and other retailers.

So driving a van each, they went from bar to bar in Hamburg to try to sell them directly.

Today their brand is a household name in Germany, and last year it was the second-largest seller of 330ml glass cola bottles in German shops, behind only Coca-Cola. The figures from research group Nielsen showed that Fritz-Kola sold 71 million glass bottles of that size in 2019, compared with 74 million at Coke, and just 337,000 at Pepsi.

While Coke and Pepsi sold many more units in other formats, such as plastic bottles of various sizes and cans, it is quite an achievement for a company launched only 17 years ago from a student apartment.

In 2003, Mirco and Lorenz decided to adapt a photo of their faces for their logo. Mirco says this was because it was the cheapest option, rather than because they were vain.

With just €7,000 (£6,300; $8,300) in combined savings to get the business up and running, he says it would have been much more expensive to buy the rights to a different image, or get a bespoke graphic designed.

“We paid €100 to make our faces look nice,” says Mirco, now 44. “We asked our neighbour to use Photoshop to create it, and we paid €70 for the brand registration, and we created our Fritz-Kola font.”

The friends also chose a black and white label because printing in colour was more expensive.

To come up with the name of the brand, Mirco says they let the general public choose. They wrote 40 possibilities on a list, and asked people outside a shopping centre. Fritz, a typical German name, won the poll.

When it came to the actual liquid, they wanted their cola to taste different to Coke and Pepsi, so they used less sugar, and added lemon juice. They also decided to add a lot more caffeine.

“When you drink our cola, the taste should be a bit less sweet, but with more push, like a caffeine rush,” says Mirco. “So we decided we will put three times more caffeine in our cola [than the market leaders].

Fritz-Kola contains 25mg of caffeine per 100ml, according to US news website Ozy, which says this compares with 10mg in Coke, and 32mg in Red Bull

Mirco admits that to begin with many bars were simply not interested in stocking their product. “A lot of people couldn’t imagine to drink or to try another cola than the mainstream cola at the time,” he says.

To help persuade bars to say yes, the pair told owners and managers that if they were not happy with the sales, they could return any unsold stock for a full refund.

“We worked 24/7 almost, and we had a lot of fun,” says Mirco. “We were lucky because people liked our cola brand. They were curious – they saw these two students with a strange cola, and they said, ‘Let’s give it a try.’ And they liked it.

“But it still took us about three years to hire the first employees, to look more like a business. Until then we didn’t even have an office.”

By then sales had started to grow faster via word-of-mouth and the company’s use of irreverent advertisements, which continues to this day. In 2017 its billboard adverts criticised Donald Trump, Vladimir Putin and Turkish President Recep Erdogan, showing paintings of the three leaders, together with the words “Mensch, wach auf!” (Man, wake up!).

Their cola is today sold in bars and shops all round Europe. After Germany the main markets are the Netherlands, Poland, Belgium and Austria.

“Its authenticity derives from its image of a company that was founded by students who wanted to offer a product with a better taste and higher caffeine content than regular cola,” she says.

Currently Fritz-Kola outsources production to five bottling plants. And in addition to its regular cola, it now sells a sugar-free version and a range of fruit drinks. While the company does not release its financial data, Forbes magazine said in 2018 that the firm’s sales were €7.4m in 2015.

“They said, ‘You are stupid! You are competing with the biggest brands on earth.’ But for us it just meant even more fun, even more of a challenge.

Looking back on the past 17 years, Mirco says that at the beginning nobody believed in them.

“They said, ‘You are stupid! You are competing with the biggest brands on earth.’ But for us it just meant even more fun, even more of a challenge.

“Today I am responsible for 280 people. I have enough adventure in my company, so I don’t have to do anything else, I love what I do.”