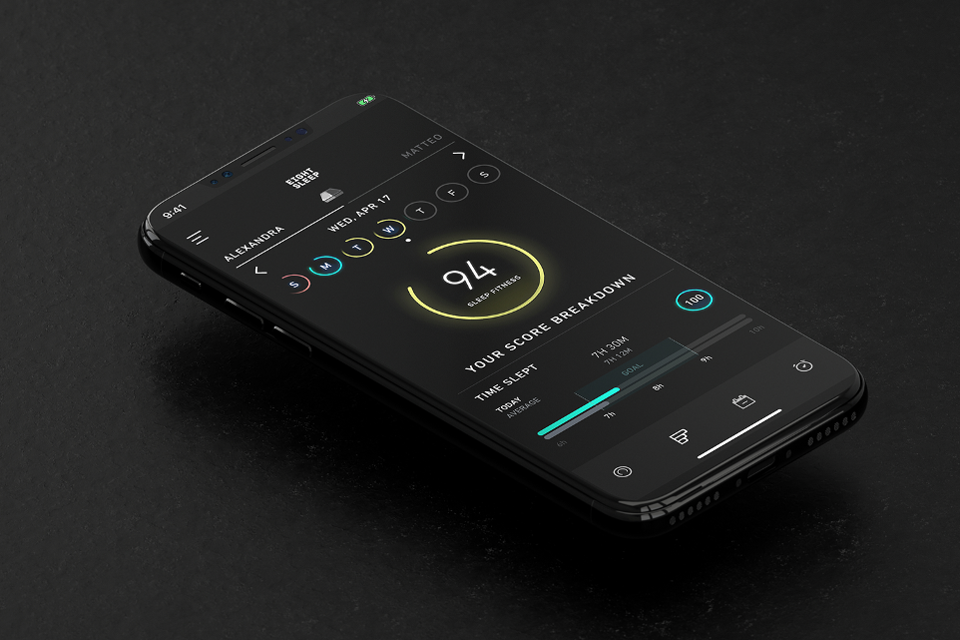 Forbes: Check this business that wants to make money by improving sleep quality

Eight Sleep wants hitting the pillow to be the equivalent of hitting the doctor’s office. The company, founded in 2014 by husband-wife duo Alexandra Zatarain (VP of Brand & Marketing) and Matteo Franceschetti (CEO) as well as Massimo Adreasi Bassi (CTO), makes high-tech mattresses and sleep products to turn bedtime into recovery time—filled with healthcare insights and analytics–with hope of sleep quality translating to life quality. Forbes is the first to report the company’s $40 million growth funding round, which brings their total funding to $65 million. This round was led by Founders Fund and joined by Khosla Ventures, Y Combinator, Craft Ventures, 8VC, Flexport Founder Ryan Petersen and Eventbrite Cofounder and Chairman Kevin Hartz.

“We’re a sleep-fitness company. The night is a moment for you to recharge and really wake up at your peak,” 38-year-old CEO and cofounder Franceschetti told Forbes.

Five years ago, Franceschetti was the sleep-deprived cofounder of clean tech company Global Investment Renewable, which was acquired in 2014. As an athlete and longtime keto dieter, he began investigating ways to improve his sleep and invented the first Eight Sleep (then called Luna) product: Smart Tracker, a tech-enabled mattress cover. When his then-fiancée Alexandra Zatarain realized Eight Sleep needed marketing and branding leadership, she left her PR job to join her fiancé’s company as cofounder. Zatarain, the only cofounder under 30 at the time, made the Forbes Under 30 list in Consumer Tech in 2017.

With the additional $40 million, the company plans to invest heavily in scientific research and development as well as workforce and retail growth. They plan to launch a scientific trial with Stanford University focused on the effects of temperature regulation on sleep using Eight Sleep products, and are currently conducting studies with Mount Sinai and UCSF. They aim to double their team of 50—bringing their New York-based workforce to 100—as soon as possible. Though the company operates largely direct-to-consumer, they’re bringing the slumber party to a showroom at San Fransisco’s B8ta, building on the success of their exhibition space at New York’s Showfields and foreshadowing their larger retail strategy.

“My dad passed away,” recalls now 30-year-old Zatarain of her inspiration. “If we can diagnose any condition ahead of time before people go to sleep—that’s going to be a gamechanger.” Today In: Leadership

The company currently sells tech-enabled mattresses, pillows, blue-light filtering glasses and bed frames. Their signature product “the Pod” starts at $2,295, a competitive price for a premium mattress, features a heating and cooling system, and is compatible with the Eight Sleep app, which workshops sleep success through analytical reporting, exercises and more. Zatarain says that 84% of Eight Sleep’s customers who sleep cool on the Pod report improved sleep. And Pod fans apparently include some of the top names in performance: 12-time Olympic medalist Ryan Lochte, Cleveland Browns wide receiver Jarvis Landry and supermodel Coco Rocha.

For lead investor Trae Stephens, a partner at Founders Fund, the reason to invest in Eight Sleep (and join the board of directors), was the major improvement in his sleep with an Eight Sleep Pod. “Rather than fixing economics of mattress industry, Eight Sleep is actually thinking of sleep as a fitness category–something that can be enhanced with the use of technology,” says Stephens who strayed from his govtech investment vertical for Eight Sleep due to personal satisfaction with the product.

As Stephens points out, sleep disruptors like Casper and Tuft & Needle have found massive success in selling mattresses direct-to-consumer, yet they have not ventured into tech-embedded sleep. Though sleep accessories like weighted blankets, eye masks and supplements are as old as sleep itself, none sync to a subscription app with daily reporting.

“Five years from now it’s going to be a huge health platform,” says Zatarain. “We can tell you information about your body that other devices really cannot.”