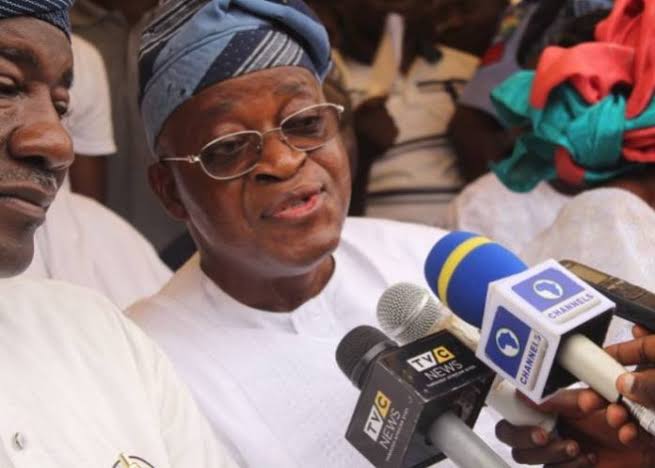 Osun state governor, AdegboyegaOyetola, on Tuesday, called on the different legislative arms of government in the country to enact laws that will increase the adoption of renewable energy. The call was made at the first international conference of the Faculty of Engineering and Environmental Sciences of the Osun state university, Osogbo themed “Advancing Technology and Environmental Burdens”.

The Governor who was represented by his deputy, Mr. Benedict GboyegaAlabi said the legislative arms need to enact laws that will mandate industries and new homes to start switching to renewable energy instead of fossil fuels.

The Governor who spoke on the topic, “Political Response to Climate Change and Environmental Degradation”, said collective and innovative actions are needed by the federal and state legislative arms to protect the environment.

Alabi said degrading the environment constitute a great danger to the survival of not just humans, but the entire habitat.

He said, “Every stakeholder must be concerned about the challenges posed by the climate change and environmental degradation. It is a challenge on our habitat, on our survival as a human race and also a challenge on peace and our community life.

Legislative arms need to pass bills that will mandate industries and new homes to start switching to green energy instead of fossil fuels. We need to implement policies to limit the importation of non-green technologies for use in government offices, institutions and public schools.

More engagement with civic societies like NGOS, institutions, schools on raising awareness and inspiration for individual actions and innovative solutions”.

He also called on researchers and institutions to partner with government to invent machines, processes, procedures and policies that would aid the government and the public to overcome challenges of climate change and environmental degradation.

He lauded the president for the establishment of relevant agencies and inter-governmental collaborations among nations which he described as the first step in tackling the menace of climate change and environmental degradation.

According to him the federal government has already created Department of Climate change under the ministry of environment. Also, National Emergency Management Agency (NEMA) is actively engaged in the mitigation of the climate consequences.

Delivering the Keynote address titled: Smart technologies to optimize resources and minimize environmental degradation arising from Industrial/Engineering Development: Recommendations for the Developing nations, Dr. Diganta Bhusan Das, of Loughborough University, UK said that there are some smart ways to combat climate change by employing technological way or idea, such that it would not create another problem in the future.

He opined that various techniques can be deployed to tackle climate change and make the environment habitable for the population.

“Digging of boreholes for water consumption by individuals also has implications, such as carbon dioxide poisoning from the earth, hence, the need to deploy techniques to arrest greenhouse gas from getting to the atmosphere”, he added.