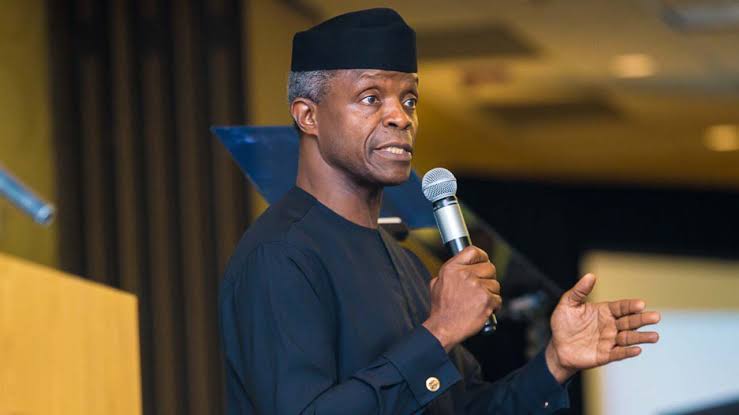 If your small business turnover is below N25 million, you are exempted from paying the new VAT – Osinbajo, VP

The Vice President of the Federal Republic of Nigeria, Yemi Osinbajo, has clarified certain areas of contention in the Finance Bill expected to take effect from February 2020.

Saying small businesses with turnover below N25 million are not expected to pay the new 7.5% VAT and the 30% mandated company income tax for a period, the Vice President removed panic among businesses barely surviving in fund-starved segments of the economy.

Speaking through his spokesman, Laolu Akande, Osinbajo agreed that the new bill will be instrumental in “creating the enabling environment for improved private sector participation and contribution to the economy as well as boost states’ revenues.”

However, to remove hurdles to the growth of young and small businesses, he said considerations have been made to relieve companies earning below N25 million from the obligatory upgrade and policies relating to the 7.5 VAT and 30% CIT.

The Vice President also added that basic food items such as starch, cereals, cooking oil, honey, bread, flour, and culinary herbs have been exempted from the list of taxed items. This will serve as good news for the common man who bear fear of hike in food prices due to the new tax regime.

Presently the 7.5 VAT is still considered one of the lowest anywhere in the world. Citizens and businesses in other countries pay more. Elsewhere in Africa, for instance in South Africa VAT is 15% while in Ghana and Egypt it is 12.5% and 14% respectively.