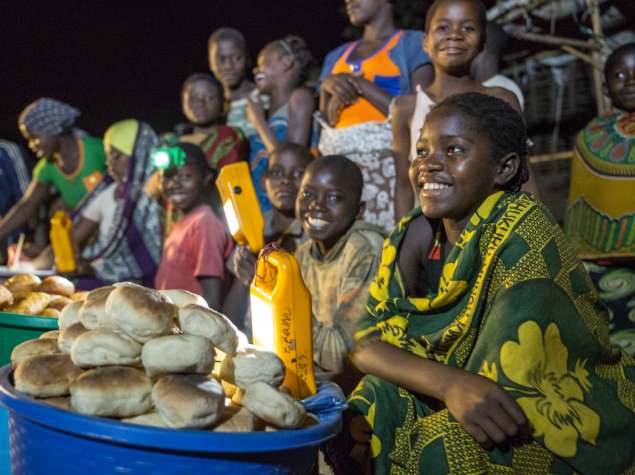 The escalating global population calls for an innovative approach to food production and farming practices. When these two critical areas of agriculture are addressed, cases of shortages, unabating food price inflation and extreme hunger would be halved.

Scaled seed production efforts, which involve the adoption of innovative seed variety testing and strategic management of the production processes, are critical to the progress of agriculture. Hence, one of the greatest levers that can be pulled at this time to address cases of food shortages around the globe is a pivot to expansive production of high-yielding and adaptable seed varieties across all staple segments.

High-yielding and adaptable seed varieties have overriding advantages over normal seeds. They have better adaptation quality for targeted soil and climatic conditions. They are immune to diseases and provide healthy and surplus crops that can meet the needs of a growing market.

When these seeds are cultivated on a large scale by an extensive number of smallholder farmers with effective irrigation systems and fertilizer, a nation can very easily be transformed into a regional or global food basket.

In Nigeria, the Federal Government and its agencies such as the Central Bank of Nigeria (CBN) and the Federal Ministry of Agriculture and Rural Development (FMARD) have persistently made achieving self-sufficiency in food production one of the focal areas of policies delivered over the past one decade.

One segment which has been identified as critical for the development of the country’s Agriculture value chain is the wheat production segment.  It has been recognized as key to accelerating the achievement of national food security, production self-sufficiency drive, and the broadening of the state revenue channels. This is because the segment keeps rising in relevance owing to a huge household pivot to consuming non-traditional, wheat derivative foods such as bread, semolina, pasta, and pastries.

The goal of transforming the nation into a food basket would not be achieved without concerted stakeholder efforts. These efforts are required to bridge the food supply gaps by initiating and funding suitable food development programmes and delivering apt engagement across the food value chain to support the population and relieve the state, particularly in this most stifling period.

The yield of the wheat crop is generally limited by high temperatures. The humidity levels in tropical regions can attract pests and diseases.

Precisely, the pursuit of local wheat production self-sufficiency would have to take into consideration the climatic and soil conditions of the region to develop adaptable high-yielding seed varieties that suit the ecosystem.

Crown Flour Mill Limited (CFM), the wheat milling firm and a subsidiary of Olam Nigeria is invested in a development initiative in local wheat production targeted at addressing the factors that have impeded the growth of wheat farming in the country.

The initiative tagged Seeds for the Future is being implemented in partnership with the Lake Chad Research Institute (LCRI), and is structured to utilize the expansive capacities of local researchers and the network of smallholder women farmers in cooperative unions to achieve its objectives.

Through the collaborative framework, CFM and LCRI have established a wheat trial project in Hadejia, Jigawa State Northwest Nigeria. The primary aims and objectives of the research project is to release high throughput and adaptable seed varieties for smallholder farmers.

The seed genotypes being used in the research work were introduced from the International Centre for Agricultural Research in the Dry Areas (ICARDA) alongside best bet national checks. Sowing began on November 17, 2021.

CFM is taking practical, workable steps to adopt an effective management system that utilizes the valuable network of community-based farmers’ associations to improve local production. Helping the country scale up the production of adaptable (best bet) seed varieties that suit local topography, is critical for the growth of local cultivation

At the second edition of the Olam Green Land Webinar Series, organised quarterly to drive the growth of the wheat value chain, Dr. Amadou Tiadane Sall, a durum wheat expert from the Senegalese Institute for Agricultural Research, shared some insights on wheat cultivation in Senegal. According to him, in 2017 there was zero wheat produced in Senegal, but through the adoption of a community-based, peer-to-peer seed production methodology, such as CFM and LCRI have adopted in the Seeds for the Future project, over 2,000 smallholder wheat farmers now produce wheat successfully in the West Africa nation with similar climatic conditions as Nigeria.

Like Nigeria, Senegal is a strong consumer of wheat derivative foods. Between the years 2015 and 2020, the country’s wheat imports increased from 573,435 tons to 900,000 tons. When the population size of the West African state which is a little above 16 million is held up against the 200 million population size of Nigeria, which imports roughly 5 million tons of wheat annually, the 900,000 tons imported into the tiny country can be said to be huge.

To tackle the worsening wheat importation situation in Senegal, Scientists of Institut SÃ©nÃ©galais de Recherches Agricoles (ISRA), the equivalent of the LCRI, partnered with ICARDA, SLU and CNRADA to test heat-tolerant (adaptable) seeds of high-yielding varieties. Testing was carried out for 3 years across 2 locations. Three durum and 3 bread wheat were released while the researchers put in place a good pipeline to keep selecting and producing the next better varieties.

Gaps that prevent a high-quality seed system from transferring to germplasm were addressed. Smallholder wheat farmers were trained on how to cultivate the “new” crop varieties developed for the soil and climatic conditions in the country. The clincher is the strategic adoption of a hybrid seed production system that incorporates the element of peer-to-peer participatory tactics which engage women farming cooperatives.

The peer-to-peer participatory approach is modeled to reach women farmers directly in the villages as most farmers are unable to go to the main cities to buy seeds. It targets women who typically have an extensive network which includes farmer cooperatives that function beyond their village boundaries. This approach is hinged on the fact that when women are economically and socially empowered, they become a potent force for change for the whole community.

An estimated 10 female smallholder wheat farmer cooperative unions that are made up of at least 10 women each would be engaged in a seed trialing, multiplication and commercialization cycle. The testing for the best bet seed varieties that suit local climatic conditions has begun. Each women’s cooperative union will be provided with one ton of the certified seeds to cultivate. The seed would further be multiplied along a well-guided cycle to ensure steady multiplication across the village enterprises or female associations.

It is estimated that the Seeds for the Future project will engage at least 10,000 farmers per year as seed multiplicators who will cultivate about 100,000 ha of land with the high-yielding seed varieties by 2030. The project is estimated to generate about 200,000 tons of seeds for multiplication and commercialization which according to Ashish Pande, Managing Director CFM, will generate revenue and returns which will directly impact the lives of the farmers and the cooperatives engaged in the project.