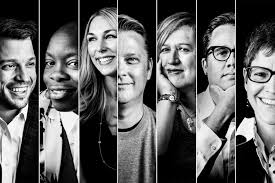 The 4th industrial revolution: How to avoid being made redundant

Everyone and every business’ success is a function of the level of fit between the subject strategic intelligence and the demand of the time they live in. Can Henry Ford compete with Elon Musk intellectually and strategically in the 21st century? Not so sure about that. Henry Ford’s strategic business acumen would have been a misfit for this century as Musk’s relentless drive in the time Ford lived in. Or, Better still, would Caxton have been able to succeed in the business environment of 2015 in the same way he thrived in the 19th century with his printing press?

When you consider such waned profile of the once mammoth Xerox and Kodak compared with the unending rise of Microsoft and Samsung Mobile, you should get a lesson in how the economy revolutionizes, whilst leaving, in its endless shift, relics in form of outsmarted business model, machines, gadgets, management approach and stale individual skills.

The fourth industrial revolution cannot be summed up as just a digital revolution but rather a lucrative field of:

The effect is that businesses will have to adjust to the changing technologies; Individuals, as well, must upskill existing know-how, to adapt and take advantage of the rapidly changing economy. Why?

While productivity and export is bound to increase, automation, especially in the industrial and manufacturing sector would be unfair to millions of people who live on paycheck. In the banking sector, we have seen the effects of artificial intelligence and automated machine on demand for cashiers. Chat Bot is also replacing call centre staff. At retail giants such as IKEA, robot will be used to stock and restock the shelves. All these will leave very little space for the human workforce.

Businesses must embrace new technologies. Since digitalization is on the rise, home delivery via preorder through the mobile will increase. It means, whatever business you do, start thinking of your customers as time-pressed, lazy and needing more proximity via smart-phone to make order for a pick-up van for their laundry or drop grocery.

While artificial intelligence like SeeMoreTM can help HR sort through CV in few seconds to select the best resume; Microsoft have also developed many packages that can help make diagnoses easier and more accurate. There are more in the field of accounting and other management capacity. The overall impact still boils to reduction in personnel demand or a transformation in roles and responsibilities at work. This will leave millions either under-employed or unemployed.

To keep pace with this new economy fostered on us all, three (3) approaches are necessary. Each categorized as responsibilities: