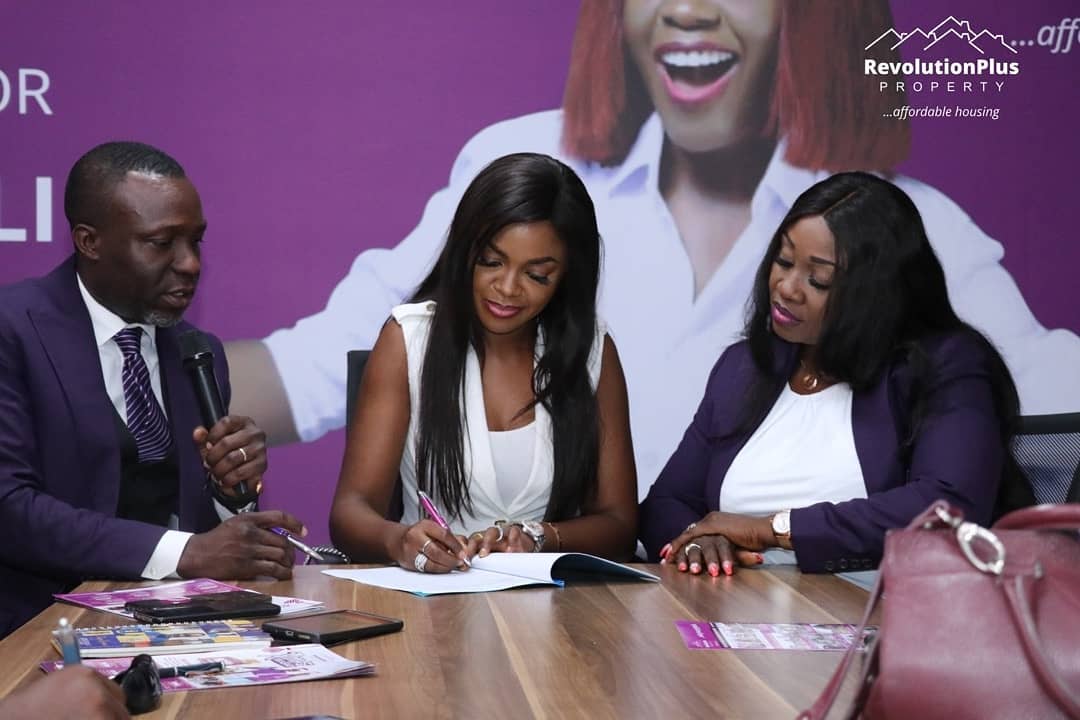 RevolutionPlus has unveiled Nollywood actress/producer, Omoni Oboli, as its latest Brand Ambassador. During the unveiling ceremony held at the real estate head office in Ikeja this week, the real estate firm said it is identifying with the actress because of her strong presence on social media, and influence offline.

Omoni Oboli is a Nigerian actress, scriptwriter, film director, producer and a trained digital filmmaker. She studied at the New York Film Academy and has written several screenplays such as; The figurine, Anchor baby, Fatal Imagination, Being Mrs Elliott, The First Lady, and Wives on Strike. She will be involved in increasing brand awareness and sales by promoting the products through various media channels.

The Nollywood Super Star promised to use her influence to get more people to patronize RevolutionPlus Property.

Speaking at the ceremony Omoni said, “I am extremely happy that RevolutionPlus Property considers me good enough as their Brand Ambassador, I will do my best to push the brand effectively”.

Also the Chairman/Chief Executive Officer of the Company, Mr Bamidele Onalaja, is excited to work with Omoni Oboli. While presenting the contract book to Omoni Oboli, he explained,
‘’We are so delighted to have you onboard and looking forward to an amazing partnership”

RevolutionPlus Property now has two mega Nollywood starts and one award-winning gospel singer, Odunlade Adekola, Omoni Oboli and Testimony Jaga on board as its brand ambassadors.