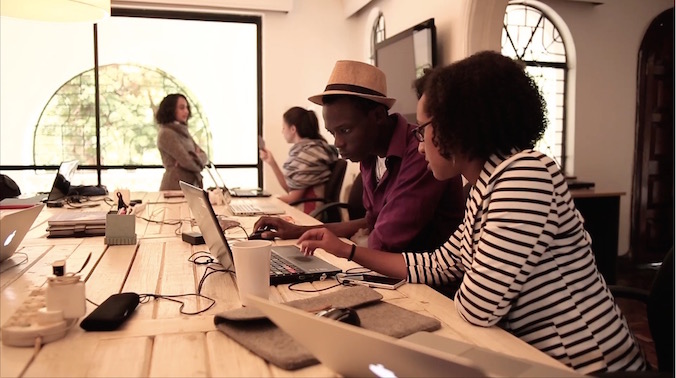 Growth most times comes from any place but your comfort zones. You will be surprised so many people want to buy from your store, follow you on social media, patronise your business, listen to your songs, watch your program or use that your service. The ‘surprise’ aspect is that they have not quite woken up to doing that because certain things – consciously or subconsciously – are holding them back.

Perhaps, it is hard to know, because you have been conditioned so long to believe in that focus-on-‘the-bird-in-hand’ thing; like keeping or being satisfied with what you currently have so you don’t lose it.

Well, that rarely is a strategy for business survival in this ‘disruption’ era. The truth about business in this present age is, ‘you are either growing or dying’. There won’t be a strong middle position for a long time to come. This is why preservation is not a wise strategy in business management. That’s why, also, in your pursuit of growth you need to consider non-customers – those who are currently not buying from you or your competitors.

For instance, take manufacturers in the automobile industry. Recently they have been trading up or down to attract more buyers for their brands. Rolls-Royce will now manufacture SUV, following decisions made sometimes ago by Bentley and Lamborghini. The idea is to break out of the old cliché that luxury cars are meant for older high net-worth individuals. By diverting into manufacturing SUVs, Bentley, Lamborghini, Rolls-Royce, and soon Ferrari, aim to attract younger people to buy their brands. These younger people hold the future of luxury car brands. Why? They are growing in means and population, while the aging population disappears.

How do you take advantage of non-customers larger pool? The first attempt is to look at:

Looking to the noncustomers is like saying ‘I don’t want to swim at the shore anymore; I want to explore the entire sea as far as possible’. Why? The noncustomer market can be as large as 75% or 95% of whatever shares you currently have. Since in today’s business, as earlier said, you are either shrinking or growing, it seems like a wise idea to have a Marco Polo mentality. It means you must learn to explore farther. To explore farther the market, you need to ask and get answers to a few questions which will serve as the bases for your consumer mapping: