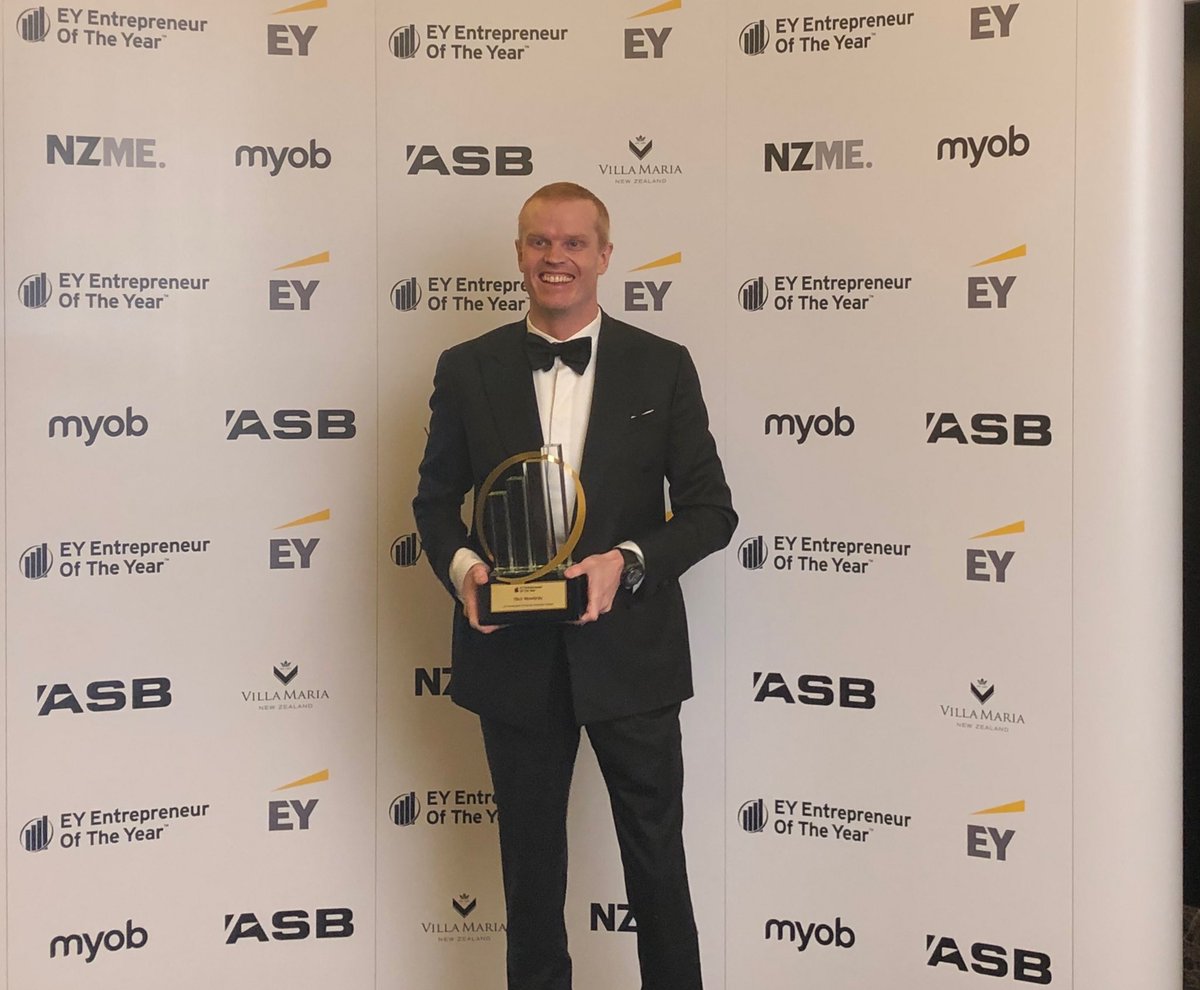 Nick Mowbray: another college drop out who got a lucky break

College drop out who eventually become successful entrepreneurs intrigue us. But certainly what works for them, like Steve Jobs once hinted, is they leave behind classes that hardly interest them and, without owing any obligations to any institution, begin to pursue with passion paths that suit their make up. That may sound like the path taken by Nick Mowbray, the co-founder of toymaker, Zuru. Read his story as narrated by BBC ‘The Boss’…

A few years into trying to build a toy business in China, budding entrepreneur Nick Mowbray got a lucky break – a whiff of interest from Walmart.

The US retail giant wanted to visit Zuru’s showroom in Hong Kong. Nick quickly agreed, and promised to send the address. Now all he had to do was set-up a showroom.

It’s a story that captures the early days of Zuru – a company the New Zealander founded with his brother Mat in 2003 – hustling and figuring it out as they went along.

Today the pair, along with their sister Anna, preside over a global firm that employs 5,000 people, and expects annual sales of $460m (£356m) this year. The success has made the family one of the wealthiest in New Zealand.

It all began back in the brothers’ school days. Mat created a hot air balloon kit – made from a coke can and a plastic bag – which they sold door-to-door. The teenagers became more serious about the venture and got a tiny factory going on their parents’ dairy farm in rural north island New Zealand.

“As payment we had to milk the cows and spray some weeds,” Nick says.

At the time, Nick was studying law at university and helping out on the side. Mat had pulled out of college to focus on toys full-time. Things rumbled along until one day the brothers made a snap decision. Why not try their luck in China?

So at 18, Nick also dropped out of university and shortly after boarded a plane to Hong Kong with then 22-year-old Mat. They had “made some contacts on the internet” but were otherwise vastly ill-equipped – unable to speak the language and short on business savvy.

“We were so naïve, we had no idea what we were doing,” says Nick.

With a $20,000 loan from their parents, they bought an injection moulding machine, and set up a small factory in Guangzhou, China. Zuru was up and running.

The next few years were lean and chaotic. Nick recounts a stream of mishaps that exposed their inexperience, like making products copied from the internet.

“We’d breached all of this IP [intellectual property]. We didn’t know what IP was, or patents.”

Products had to be pulled in favour of new ones and fresh ideas. Nick would sit on the phone all night, ringing retailers all over the world, searching for clients.

The Walmart bite helped, and he quickly got a “tiny” showroom up and running in Hong Kong. All he could afford, it was a far cry from typical toy showrooms – large, open spaces he later discovered were central to the industry. That room also became his part-time home as he lived between Hong Kong and mainland China.

“I used to unroll a mattress and sleep under the table,” says Nick. “I’d wash at public bathrooms.”

He remembers one potential client turning up before he’d risen for the day. Nick was asleep under the table: “I just had to stay there and stay quiet.”

Zuru was making money but the products “weren’t great,” Nick says, and reorders were slim. But it was enough to get revenues flowing, and Anna joined the business in 2005.

“We did have one month where we lost money, and I remember sitting down with my brother and sister and saying this is never going to happen again.”

It was another five years before a robotic fish would deliver their big break. A Chinese inventor created Robo Fish – an electronic, plastic toy that moved in water – which Zuru manufactured. It pulled in $100m in annual sales.

“That was when we really had a big hit on our hands. We were in every retailer in the world, everybody wanted Robo Fish. It gave us all this momentum.”

Things sped up. They hired more people in China, and learned how to make better toys by identifying trends and improving design.

Nowdays, the firm’s products are sold in 120 countries. Zuru doesn’t release profit figures, but Nick claims it is “one of the most profitable toy companies in the world”.

Still, the IP issues that dogged the firm early on haven’t totally gone away, and Zuru is in a legal fight with Lego. The Danish toy giant argues Zuru has copied the design of certain figurines.

“Our products are totally different to Lego,” Nick says. “We haven’t copied any of their products. Lego is just litigious, they want to protect their monopoly.”

These days Zuru employs about 5,000 workers across its offices and factories. It’s headquartered in Hong Kong, where 38-year-old Mat and Anna, 36, still live. Mat is Zuru’s co-chief executive, and Anna is the firm’s chief operating officer. Apart from the initial loan from mum and dad, they have never taken any outside funding.

“Basing themselves in Asia, the siblings realised they needed to be global from the outset,” says Chris Wilkinson, managing director of retail consultancy First Retail Group.

He adds that it is “hard not to admire” the determination of Nick, his brother and sister.

“From subsistence living in Hong Kong during the formative years of Zuru, while developing and pitching products… this is entrepreneurship at its best.”

Nick now mostly lives in Auckland, and also spends time at the NZ$32.5m ($21.4m; £16m) Kiwi rural retreat he bought with his siblings in 2017. Just north of New Zealand’s largest city, the sweeping property was once the home of internet entrepreneur Kim Dotcom.

The family ranks among New Zealand’s richest, with a net worth of NZ$3bn, according to the country’s National Business Review.

Nick decided to return home in 2018 to confront what he describes his biggest challenge. Since his mid-20s he’s suffered from Crohn’s disease, a condition that causes inflammation of the bowel. Last year he had three surgeries to remove his large intestine.

It was the final option, after nearly a decade of sickness, that drained Nick of energy and saw him shed around 20kg.

Looking back, Nick believes the stress of building a business made his condition worse.

“I was so sick it started attacking my hair follicles. I lost everything, eyebrows, hair. It was so bad I could barely function. I had to have surgery.”

It’s energised Nick to start new projects. He launched Zuru Edge, a venture focusing on consumer products such as nappies, pet food and hair care. They’re sold in markets around the world, with plenty more products in the pipeline.

Those surgeries – which he says created a new bowel out of his small intestine – have been transformative. “It’s been amazing. I feel almost back to 100%.”